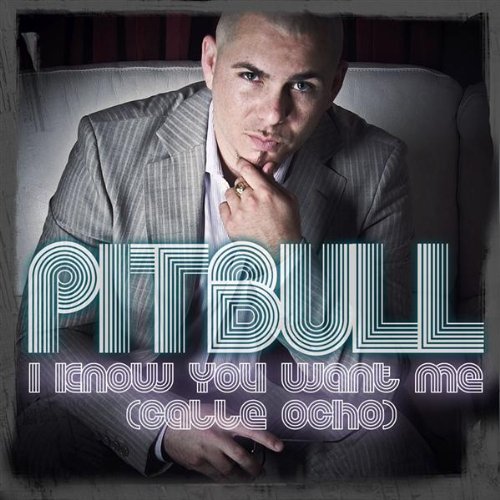 Fair Warning: This is a Pitbull video, after all, so it’s fundamentally understood that we are going to be presented with a series of hot women tripping over themselves in their burning yearning to make love to Pitbull. That’s just how it works with him. Somewhere along the line, probably about the same time that his parents failed to properly rear their child, Pitbull reached the misogynistic conclusion that every hoo-hoo on the planet was automatically within his Eminent Domain.

But in the interest of fairness, we shouldn’t automatically assume that the buxom beauties parading around in this video are unworthy of our empathy and compassion. After all, they have managed to appear in a music video, albeit without proper clothing, and this is an admirable accomplishment that admittedly surpasses the achievements of their high school friends who were satisfied with becoming a cheerleader and then becoming pregnant during the Homecoming game, symbolic of America as that may be.

So let’s shove Mr. Bull aside for a moment, as many actual singers would like to do, and let’s try to focus on the backstories of the cavalcade of misguided women who are ill-advisedly flashing their wares in the hopes that Mr. Bull will remember their names in the morning. Perhaps we can find the inner beauty and personal motivation for each of these lovely ladies? It is our moral duty to seek such, and therefore we must hack our way through the Libido Jungle in the hopes of salvaging at least one soul.

First we have a woman in a green and gold cheerleader outfit-thingy with yellow high heels. She’s apparently proud of Brasil and she wants to dance about her patriotism. This tribute includes running her fingers through her long hair and making seductive faces. She also has the ability to clone herself at random, a surprising development that might end up with her on a terrorist watch list at some point, but for now we’ll assume that this is just symbolic of her fertility.

Insert Pitbull showing that he can count, looking all gangsta. If you’ve ever seen a picture of Pitbull, then you’ve already seen the one look he is able to muster for the camera, and there’s really no need to go into any detail.

The cheerleader is back and she’s making out with the Brazilian flag. (She loves her country!) In America, there are certain things one should not do with the national flag. Apparently the guidelines are a bit looser in Brazil. As for the cheerleader angle, it seems that both countries send their blossoming sports enthusiasts to the same school, where they are taught that everything can be sexualized in some way, and if you have a belly button you might as well show it to everyone even if they didn’t ask to see it.

Then we have another woman in what appears to be a black-leather airline pilot uniform. Her dance seems to indicate that when she grows up, she would like to help people fly around the world to see their loved ones. She is able to count as well, flicking her digits to the rhythm of the song, but she seems a bit surly about it, so she might not be as nice as her interpretive dance initially indicated. You probably don’t want this particular flight attendant caring for your needs in transit, especially if you are sitting in Economy. She’s never going to bring you that vodka and tonic you ordered an hour ago.

There are brief glimpses of a woman in some black spandex clingy outfit. We don’t really see enough of her to fully understand her aspirations in life, but she can wiggle her hips and pout her lips. I’m thinking there are a few careers where she can utilize those talents without any fear of retribution, so I’m sure she’ll be fine with the career decisions she makes during her brief sober moments.

We also get a few shots of a woman in what I believe is called a “baby doll” dress. It probably has a fancier name. She doesn’t seem really invested in being in this video, since she’s not smiling or anything. She’s possibly been assigned the “hard to get” role in the script (as if such a thing existed, I realize I’m being overly generous), but she just looks bored, like she’s tired of men objectifying her as she twirls around in a flimsy negligee and licks her lips.

Oh, look, they just did a tribute to the “Brady Bunch” with the hot women stacked in boxes like the opening of the TV show. That’s cute. This probably represents the online menu that Pitbull uses each night as he selects a playmate, a menu that he wouldn’t have the password for if he hadn’t been in the right place at the right time and he mystifyingly exploded on social media, like the Kardashians or The Tea Party.

Then we have more shots of Pitbull acting all street, counting with fingers that have been places you don’t want to know about, messing with a video camera, and allowing the hot women to touch him in suggestive ways while he stands there and looks disinterested. Because nothing says “attractive” like a man who thinks the mere ownership of a penis gives him godlike status and a platinum upgrade on American Airlines.

Now we have a montage of so many women, I can’t even begin to profile them. They are mostly posing seductively in various states of undress, making sure we understand that they have ample breasts. Duly noted. But for the record, how many Silicone Trees had to die for you to be so anatomically perky?

Then there’s a woman in what I believe is a tinfoil two-piece bathing suit. She seems to be proud of several things. She can move her hips while disappearing off the top of the video, she has a tattoo leading into her butt crack, and she is able to face different directions and still maintain her balance. Other than that, she seems to have no purpose whatsoever. If you squint your eyes just right, she looks exactly like Sarah Palin.

And now we have some biker chicks who really love their big machines. Twelve years of publicly-funded education, and all they got out of it was that when the director hollers “Action!” they should immediately begin to undulate whilst straddling a fume-belching contraption that is destroying the atmosphere. (Did somebody say Ted Cruz?)

Next up, we have several scenes that are beautifully done, helping us understand that Pitbull greatly enjoys three-way sexual encounters. (With women, of course. There’s not another man in this entire video, just tons of busty women that could probably raise the Titanic with all the hydraulics they’ve got going on.)

Warning: Right about two and a half minutes in, a giant breast pokes in from the right side of the screen. It’s somewhat alarming and unexpected, so I thought I’d warn you. I wasn’t emotionally prepared for this development, and it’s my duty as a citizen to point out the emergency exits on this impending train wreck before we reach the moment when cleavage takes its toll.

Luckily, if you’ve survived this far, there are only a few soul-dimming moments left in the video. We have more counting, more confirmations that three-ways (only with females!) are greatly desired by bilingual rappers who shave their heads, and a jarring array of certain women who will do anything to get their two seconds of fame. (That one girl in the inexplicable scene where she is really slicked-up like a lubrication test at a motor-oil laboratory went terribly awry? I hope she understands that she needs to stay away from open flames.)

And the song finally fades away with more dancing, more women realizing their short-sighted dreams, more limited counting (Does anyone in this video realize that there are numbers higher than four?) , and tons of buoyant anatomy saluting the manliness of Pitbull.

But really, folks, if you were just looking for an instructional video to teach your children the joys of counting, stick with “Sesame Street”. Your little urchins will be better off, there’s a lesser chance that they will eventually have a starring role in a police line-up, and a better chance that decent people on airplanes will get served their vodka by a flight attendant who actually cares.

Originally published on 12/02/19, revised and updated with extra flair for this post.