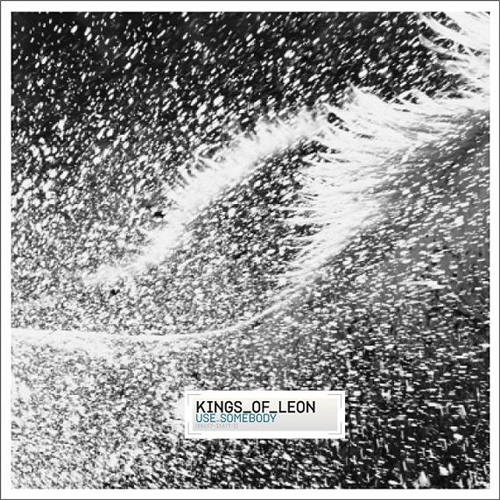 Okay, we start off in some penthouse living room where people are sitting around and watching-

Whoops, now we’re not there anymore. Suddenly, we’re in some type of aircraft and the pilot is either drunk or just very confused as we zip dangerously close to tall buildings in a large city. Then we start seeing jump cuts of the band getting ready for either a show or some type of therapy. You never know with these music types. One day you have a hit single on the radio and virgins are professing their undying love because they have low self-esteem, the next day you’re in rehab and preparing for your guest role on the latest series about “what happens to people who make a lot of money too fast”.

Quick shot of a shirtless somebody lying on the floor of some random room. He doesn’t appear to have any legs, which could totally change the context of the entire video. But instinct tells me that the legless aspect might just be the result of people having focus issues. Not accusing anybody of anything, just pointing out that 97% of what you see in a music video is the result of folks drinking a few beers and then saying “hey, what if we throw in something that has nothing to do with the song? If it works for politicians, it can work for us!”

Anyway, we then have more of that crazy plane flying through the city night, where we aren’t sure if we’re seeing an advertisement for the latest XBOX game or if this is some type of terrorist training video. This is followed by a brief shot of a half-naked couple being intimate, with low-level lighting and zero-fat supermodels pawing one another like there’s a prize at the bottom of the cereal box. If the producers are taking audience-participation votes, I’d say we ixnay the “Top Gun” action and remain on the ground, even if it means more footage of people we don’t know who are on the verge of procreating for all the wrong reasons.

Finally, the flying and the intro music settles down and we get to the opening vocals. We have a tight close-up on the lead singer’s face, which is supposed to signify that he’s very emotional and really into these words. It’s very soothing after the loud craziness of the first thirty or so seconds, but I won’t be surprised if we’re suddenly back on Air Force One and Harrison Ford has to do something very heroic at just the right time or we all die.

Then we start jump-cutting again, and we’re bouncing back and forth between the crazy plane and the people sitting around in the penthouse living room. Still not sure what those penthouse people are doing. It’s very dark and they look bored and unsatisfied. Are these folks college graduates who are waiting for their degrees to actually mean something? Good luck with that.

Okay, now they’re cutting in brief shots of a concert, so it’s about time for the big blow-out on stage that most of these videos eventually get to. (So far, you can’t really call this the most original video ever created, but at the same time, most of these videos are “directed by” and “produced by” people who don’t know a single thing about artistry and musicianship, so they go into management, just like the real world.)

And then we have the big “jamming on the stage” sequence just as the wailing chorus kicks in. The camera is all over the place, naturally, to create excitement. Otherwise, it’s just people standing there and fondling their instruments, and with today’s attention-deficit society you must have excitement and movement or many folks just doze off due to their unnecessary but stock-boosting medication.

Shot of people at what looks like a clinic, with guys hugging each other as they’ve apparently just heard satisfying test results concerning something or other. (Not pointing fingers, but there are always baby daddy issues in the music world. It’s some type of requirement.) Or maybe they just like excuses to hug. It’s not my place to judge. If some men need to create fake drama in order to touch each other, so be it.

Now the band is at some bar, where people are playing pool and smoking an incredible amount of cigarettes. Oh, and drinking beer. They keep love-tapping their bottles together so we don’t miss the beer part. And they’re playing foosball as well. We seem to be having a party in 1978, an archaic time period when most of the people who downloaded this song weren’t even born yet.

We head back to the actual concert footage, which is mostly in black and white, so somebody was at least trying to be a little artistic. These guys really like doing the wailing chorus bit, which is fine. It’s the best part of the song, and if we’d all participated in the beer consumption in the previous scene, we’d be wailing as well. And maybe even hugging.

More jump cuts. Bar scenes with beer bottles, people getting in a snazzy red car, more startling intimacy, another shot of the people celebrating test results at the clinic. Or maybe they’re praying, not really sure. And now the snazzy car is racing around town, oblivious to things like traffic safety and slow-moving seniors who are just trying to get across the street so they can cash their Medicare checks before the Republicans gut the program. The producers of this video sure have a thing for speed and blurry lights and a disregard for having a clear life plan, so they also might want to take advantage of government benefits before they run dry and they have no way to pay off their student loans.

Jump cuts continue because, well, it’s a music video, and Moses decreed as he staggered off the mountain that jump cuts shall flourish among the unwashed and unfocused. We now have shots of the desert at night, some dude doing push-ups, and more intimacy with the vague couple who don’t really like each other but boredom often leads to poor decisions.

Whoa, now we have some guy taking a shower, didn’t see that coming. More speeding and blurriness and random nothingness. Close-up of a guitar being played, a brief nod to the fact that music is actually created by musicians and not supermodels who have more insurance coverage on their breasts than most people have on their homes. Then we have some guy in his bulging underwear, because who can pass up a shot like that? The image will be all over the Internet within seconds, with less-endowed people using it as their profile pic on skeezy dating sites where everybody lies because horniness makes you do stupid things.

This montage continues for a while. Blurring. Intimacy. People salting something that they probably can’t eat on their vegan diet. And we can see that the bored people in the darkened penthouse are still bored and we don’t know why they can’t just get up and go somewhere fun. Has somebody issued a restraining order that is forcing these folks to be in the same room even though they clearly don’t want to be? Hey, maybe this is the O.J. Simpson jury house. No wonder they came to the wrong verdict. There’s not enough light for them to actually see the evidence.

Finally, the music all dies down and the lead singer is emoting the final lines of the song. Love his interesting voice, but it sure looks like it is physically painful for him to sing these words, his face all scrunched-up and such, like Nellie Oleson on “Little House on the Prairie” when she and her horrid hair didn’t get her way. He seems to have some issues.

Maybe the lead singer should go back to that clinic where people get test results that make them happy. I’m sure somebody up in that grill can help. Or at least give him a hug. But he better hurry up and get there, before the Republicans stop the funding on any program that dares to help the common man instead of the rich white men who currently have a clammy throttle-hold on American society.

Why focus on politics in the end? Because so many people don’t.

Originally published on 11/30/09, revised and updated with extra flair (and politics!) for this post.

This site uses Akismet to reduce spam. Learn how your comment data is processed.